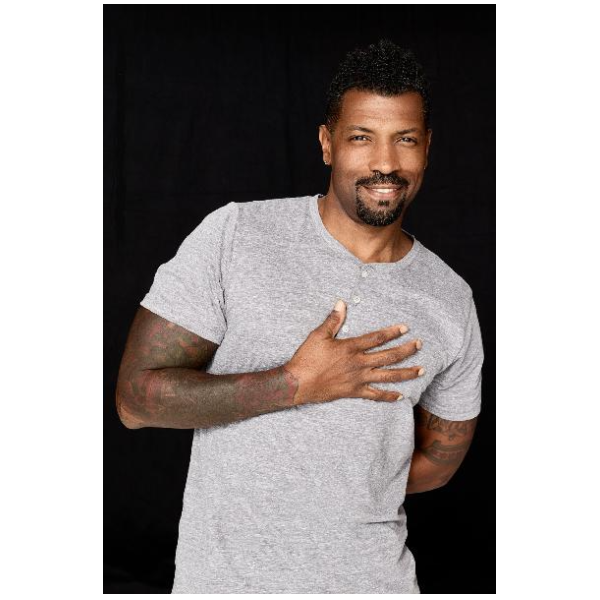 Emmy nominated Actor and Comedian Deon Cole is one of the most in-demand talents in Hollywood. Simultaneously gracing our screens as Charlie on ABC’s Black-ish and ABC Family’s Grownish, Detective Daniel “DJ” Tanner on the TBS comedy Angie Tribeca and the host of BET’s game show Face Value, the world can’t get enough of Deon Cole.

Deon began his career on the south side of Chicago and currently calls Los Angeles home. In addition to Deon’s cast member status on four TV shows, Deon appeared in the Whitney Cummings directed film The Female Brain, and will soon be seen in Friendsgiving, produced by Ben Stiller’s Red Hour Films, and the Kim Bass directed film HeadShop. He is no stranger to the big screen with previous roles in the Ice Cube led Barbershop series.

• Thursday, Friday Late, and Sunday Shows 18+ | All Other Shows 21+ Unless Otherwise Stated
• Two Drink Minimum Per Person Inside Of The Showroom
All Sales are Final
• All showtimes are subject to change. Valid Photo ID Required. *Please note that we won’t be able to seat incomplete parties

Deon Cole is a comedian, writer, and actor, who can currently be seen as Charlie on ABC’s BLACK-ISH and Freeform’s GROWNISH. He starred as Detective Daniel “DJ” Tanner on the TBS comedy ANGIE TRIBECA opposite Rashida Jones.

In film, Deon appeared in the Whitney Cummings directed feature THE FEMALE BRAIN, opposite Sofia Vergara, and was featured in the Ice Cube led BARBERSHOP series. He can also be seen in FRIENDSGIVING, HEADSHOP and HOLIDAY RUSH.